Beading is an ancient craft. Beaded necklaces and bracelets had crude beginnings. The humble egg and stone beads that graced early man developed into a thriving craft and beading become an artisan occupation. Trade and travel carried beaded treasures across the globe.The desire to adorn and be different was a primal impulse. Beads were a mighty symbol of privilege and stature. Jewelry had a place in religion, in war, and in love. From the early Stone Age through the Iron Age, we have been fascinated by beads and have elevated them to exalted heights.

From humble glass beads in dirt in Scotland to the fantastic tale that Manhattan was purchased by a simple handful of beads. We are still captivated. We have held the passion of jewelry making close to our hearts and continue to love the craft. Modern beading is more extensive and global than ever. Our trade routes are digital and flight. As we embrace the future, we will carry this ancient love with us. 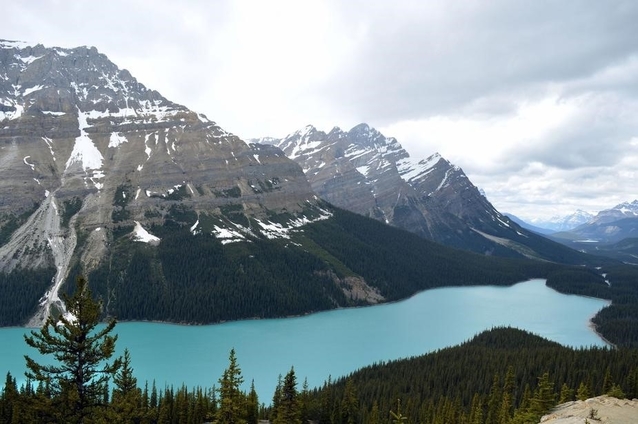 2004, the west bank of Loch Lomond, Scotland. A research unit from Glasgow called GUARD (Glasgow University Archeological Research Division) inspects and digs the ground. GUARD had been commissioned by the De Vere Hotel Group as they started clearing a three hundred acre area for a golf course and time-share development. The excavation revealed a stunning find. As they sifted the soil, an entire Iron Age village was revealed. The village had been inhabited for a very long time, possibly three to four thousand years. Throughout the course of the dig, three Bronze Age urn cemeteries were uncovered, a blacksmith's iron-smelting shop, a roundhouse, a shale bracelet as well as an older Christian burial site. The most exciting revelation was a single Iron Age bead. The bead was unique in its design and age and was only the second time archaeologists have seen something similar in Scotland. The bead is glass with an enamel tan and brown swirled design.

Regarding the importance of find the bead, the West of Scotland Archaeology Service said, "The glass bead find is a significant one and will be regarded as a National treasure."

In 1985, on the Isle of Man at Braust, Andreas, an excavation of an Iron Age hut revealed an interesting set of beads. The glass beads were light green and shaped like dumbbells. The unusual shape of the bead suggests it may have been owned by an elevated member of that society. The beads did not have a channel bored through the center, rather, in order to be suspended; it is possible that sinew, cord, or thread may have been used.

As beads pushed on into the Middle Ages, they soon started taking a new role in religion, they become an easy means to tally prayers. Even the illiterate could use beads as an easy system of counting. Buddhist and Hindu prayer beads are called Japa Malas, the larger ones with more than 100 beads. Catholics use Rosaries as their prayer beads, the name derived from the Latin, "Rosarium" meaning "rose garden" or "crown of roses". Muslims have tasbihs which they use to recite the 99 Names of God, from the Qu'ran. The mid 80's brought Anglican prayer beads or "Christian prayer beads" to Protestants and Episcopalians. The early Christians had relied on knotted rope to count their prayers. 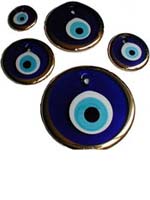 Aside from their use in religion, a long held belief is that beads can be used to ward off the "evil eye". In fact, some of the earliest glass beads were designed to look like eyes. Typically, the evil eye is cast by an envious person toward the object of their envy. Evil is somewhat of a misnomer as the gaze is usually unintentional. The evil eye is born from the sin of envy and not a desire to harm. The effects of the evil eye can be illness, headaches, and possibly death. To some the idea of the evil eye seems absurd, but the belief in it is still exceptionally strong, especially in the Mediterranean, Greeks refer to it as "Matiasma", it is known as "Mal de ojo" in Spain and "Malocchio" in Italy. Cures for symptoms can range from herbs to beads. The beads are typically blue or black with concentric white and black circles - resembling the iris of an eye. The bead can be safety pinned to a shirt or worn in jewelry.

Beads have sometimes been used as currency. It is rumored that Manhattan was once purchased for twenty-four dollars worth of beads and trinkets. In 1626, The Dutch West India Company sent Peter Minuit to a colony on what is now Manhattan. He was directed to peacefully claim the island, for the Dutch, from the local Indians. It is believed the Indians may have been the Manahata, the Lenape, or a Metoac tribe known as the Canarsee. The often told tale is that the purchase was made with beads, but no deed from the purchase exists and it is more likely that beads, tools, clothes, and Guilders actually sealed the deal. Oregon State University website's conversion estimates the modern equivalent to convert to five to seven hundred of modern American dollars.

From the sunrise of man to current times, beads have played a sizable part of the human experience. From early shell and egg beads, the evolution has been through a winding track of changes. Beads have adapted to their times and environments: stones, insects, bullet casings, anything that could be strung was - and was turned into something wearable and beautiful.

The modern landscape of beads is as varied as the old world. Beads are now incorporated into clothing. Beaded purses hang off our shoulders. Double-sided tape means that we can add beads to everything we love: pens, guitars, glassware. Mass produced beads have found their way to festivals like Mardi Gras. The affluence of twentieth century nations means that we are able to afford and trade more expensive stones and glass. 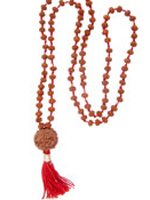 Today's beading community is one of old traditions intermingling with the complementary hand of technology. Modern beaders can interact with other beaders, all over the world through forums on the internet. Modern beaders can seek help to a stringing dilemma from a website. Innovations in the beading world are better tools, clasps, and findings. Wire, such as Soft Flex Wire, has taken the place of thread and fishing line, offering a much stronger stringing material with a better drape. The trade routes of the ancient world that brought beads around the world have been replaced by trade shows and online shopping.

The future cannot be seen, but there is no doubt that beads will be cherished by the many generations that follow. 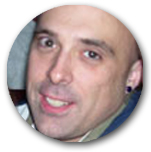